Before removing the engine I removed the steering linkage. With a little help from my “speed wrench” (a hammer), the linkages came free. 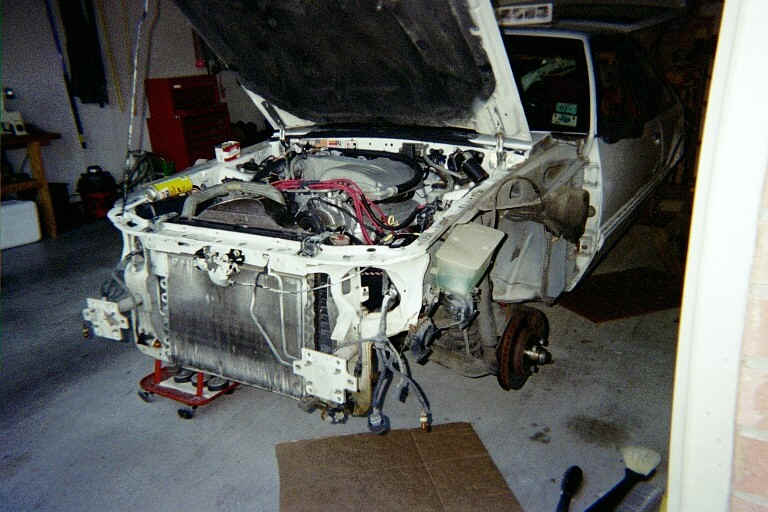 I also removed the AC compressor, alternator, belt tensioner and of course the battery connections. I had to rent an engine lift and had help from my son and a neighbor to remove the engine.  I decided to remove valve covers also. 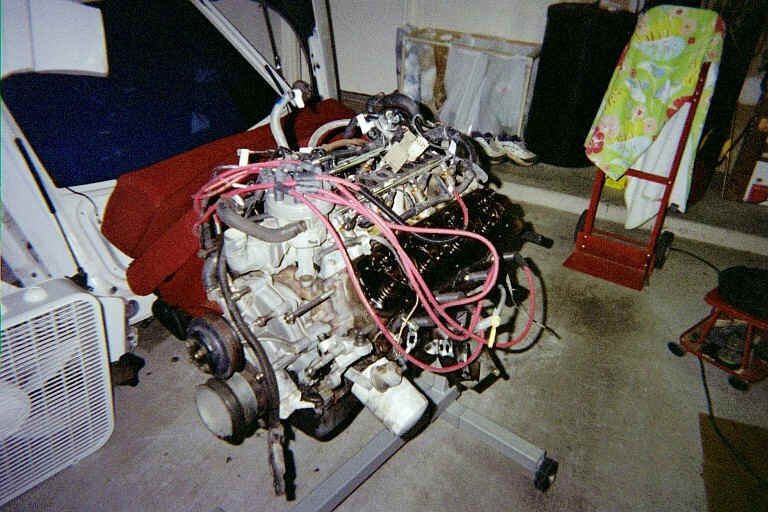 I bought an engine stand so with the engine still on the lift, we removed the transmission, clutch and bell housing. Then I found out I did not have long enough bolts to mount the engine to the stand.  A quick run to the store was needed to pick up longer bolts. 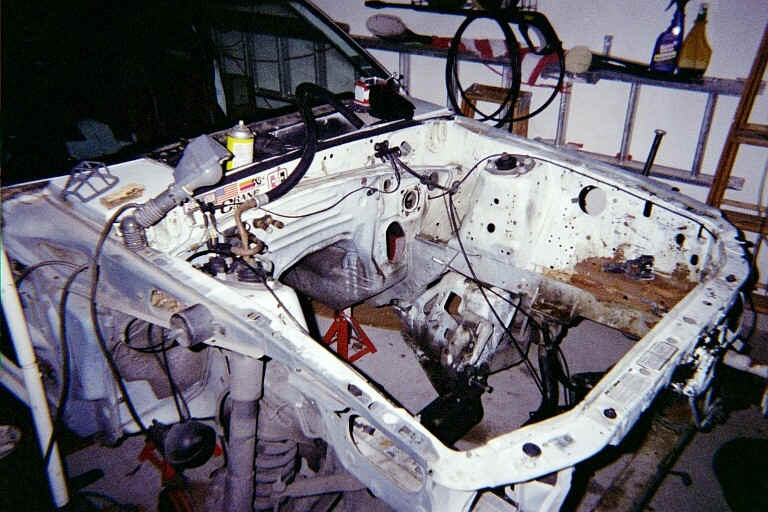 After the engine was out I removed the front springs and control arms. I borrowed a spring compressor from the auto parts store.  Those bolts were on pretty tight but was able to get them off with my half inch drives.