Hey it is starting to look like a front end. Axles, steering and suspension are all installed. They say power steering is not needed but I decided that I would put power steering in so that is why you see the power lines are still in place. 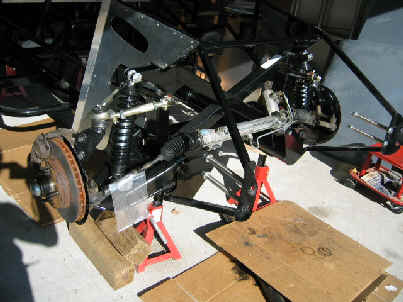 The battery box went in next (not in this picture).  I see why it is suggested to install a new battery.  Once the car is completed, getting the battery replaced will be a pain. It also explains why some run battery connections to the trunk in case you need a jump start. Sounds like a great idea to me.

The rear end was the next challenge. Here it is being lifted into place. Here you can get a good look at the extension bracket that comes with the kit to lower the connection point for the lower control arm. 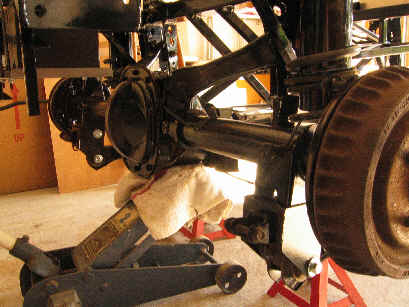 It was pretty easy to bolt in the upper and lower control arms. The harder part was understanding the use and placement of quad shocks and vertical shocks.  I have the quad shocks from the donor but I have no vertical shocks.  Hum , might be my first mistake.  I have to ask the forum if I was supposed to save those from the donor car. Oh, look closely you can see the bottom of the battery in the upper left corner of the picture.

Here is view of the rear spring.  You have to look closely if you want to see the placement of the rubber spring cushion. 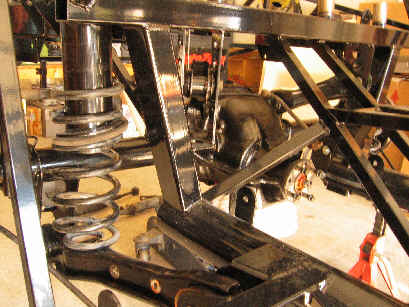 The springs are initially adjusted so there is about one half a coil above the top of the spring’s conical mount.  Sound confusing?  It is…. but you will figure it out.

Hours spent on the build: 15 hours

I connected up with Bill from the FFR forum and he was a wealth of information.  For example, he suggested I flip the Quad shock so the skinny half of the shock was mounted to the frame.  This gives more room for larger tires. 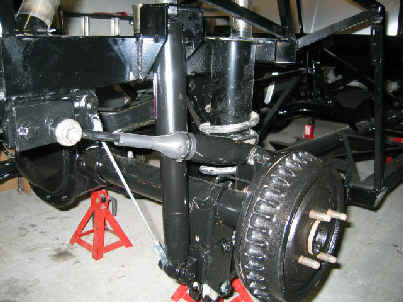 Big evening as the “baby” took it’s first steps.  It rolled out of the garage.  I can hardly wait until this baby starts to “run”. 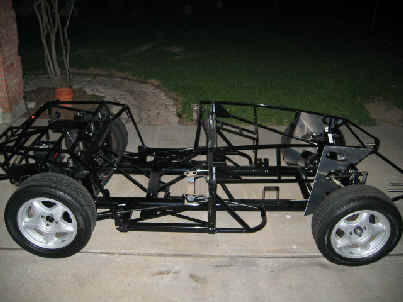 This car is really light.  the front right tire is actually flat. Apparently my donor picked up a nail and there was a slow leak.

Don’t worry, I do plan on replacing the wheels and rims.  I thought this baby would look good in some Nike Air Jordan’s once it knows how to run.

It was not long though before the baby walked back into the garage and got it’s gas tank installed or maybe I should say it’s stomach installed.  lol 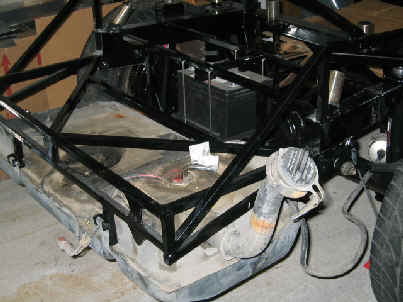 At first it did not look like the gas tank straps from the donor car would fit but have faith, they did. You can also see how the battery is tightly fit. I might reconsider getting a new battery after all so it will be years before I have to worry about replacing it.

Hours spent on the build: 19 hours