Some time back in the 70’s Rich and his sister Diane found grandpa’s Buick in a old shop on their Grandmothers property. Rich and Diane cleaned up the light rust on the dash board with steel wool! It had only 66,000 miles on the odometer.

Later in mid 70’s Rich purchased the car from Grandma for $50. His dad had the transmission rebuilt and Rich used the Buick while attending Virginia Tech.  Since then the Buick has followed Rich around from Virginia, to Poughkeepsie and then to Austin, Texas.  While in Rich’s possession it was painted twice. First in the driveway in Centerport, New York and a second time in the garage on Alda Drive in Poughkeepsie (after being stripped down to the sheet metal).

In March 2013 the Austin American Statesman did an article on the Buick  call “Your Car, Your Story” on this 1955 Buick. They included this video about grandpa’s Buick.

A collection of photos of grandpa’s 1955 Buick. 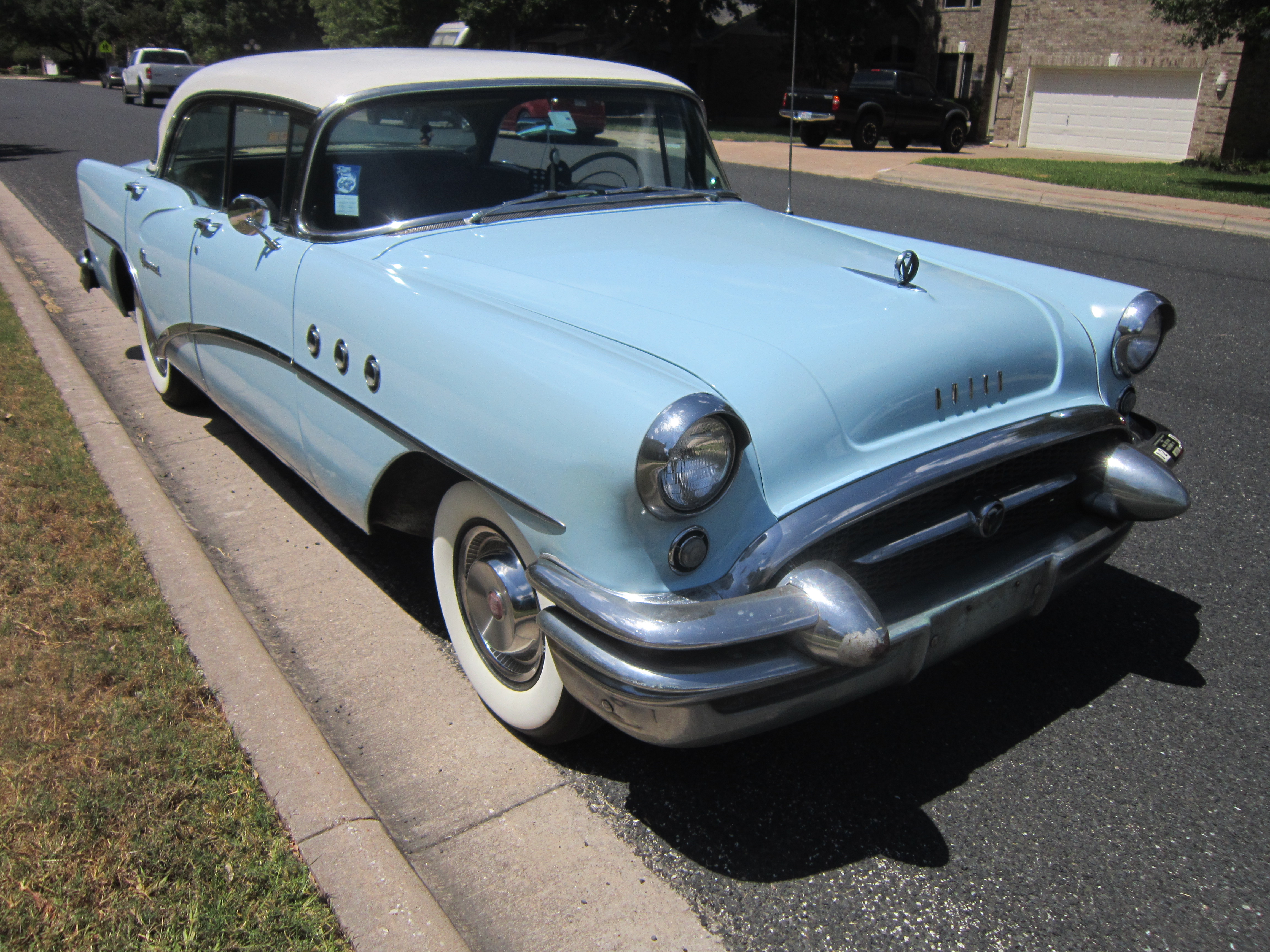 A short video of the running engine