A collection of videos and pictures to chronicle the recreation of this transcontinental road trip.

The following collection of videos chronicle the preparation for this transcontinental trip.  Once the adventure starts additional videos will be posted to record the recreation of this trip 100 years after CW Tuthill and PG Scull made the trip in 1916.

October 30, 2016: The Maxwell developed a new oil leak that is under investigation. Good that this is happening now and now while on the road.

October 24, 2016: The new radiator is back in the Maxwell and it is back on the road for some more road testing.

October 22, 2016:  Our rebuilt radiator is back and will be going into the Maxwell shortly. We have worked some more on our route and have come up with the following plan:

Of course it is subject to change once on the road but we wanted to have a guide / target agenda that gets us to Los Angeles in 10 days.

Many folks have asked when we would be passing through their town. The above schedule gives you an idea, but it is best to subscribe to the website and watch for updates. There are many of you that have helped us in one way or another. We sincerely appreciate the help and encouragement.  We hope to see many of you but we also hope you understand we are on a mission to complete this trip in ten days so our time to visit and socialize will be limited.

October 11, 2016: Our first road test was today after adjusting the steering, adding part of the firewall and assorted other items.

Obviously we have not yet put on the new top. Here is a view from the passenger seat.

The twins celebrate their birthday with a ride in the Maxwell.

The door and hood were taken off so we would have better access to the engine, linkages, floor boards, dash, etc. Get a load of that shinny Klaxon horn.  Woooo

October 10, 2016: Big day today. The Maxwell was reborn. We started the engine today.

Still a few more items on our punch list but it is getting shorter.

October 9, 2016: John lent a big helping hand getting the Maxwell ready. Jim stopped by to update the signage on the passenger side. Instrument panel and wiring was installed. The headlights and tail lights are working now (the switch on the instrument panel is broken so we needed to wire a fix).  The radiator was installed, oil installed in tranny and engine. We need the rain to stop to take it outside.

October 8, 2016: A lot of smaller tasks got taken care of today. Tail lights, head lights, brake and clutch pedals, battery box and “butt box” were installed (ask about the butt box when you see us).

October 7, 2016: Today we had another union. The body met the engine and tranny.

October 6, 2016: Today we had a wedding. The engine got married to the transmission. Many thanks to Jay and his expertise. We also worked on the wiring for the starter circuit.

October 5, 2016: The Canvas top was removed and delivered to Rob to create our new vinyl top. Guy helped us with some spot welds for our tranny re-assembly.

October 4, 2016: While reassembling the engine/transmission we were notified of a possible source for repairing the top so we took the Maxwell for another ride to get an estimate.

We have two clutch and transmission units. We are taking the best parts of each unit before it gets reassembled.

October 2, 2016: Back to back car events. Today we took the Maxwell to the Cutchogue, Long Island Auto Show. GT Joey from the TV Velocity Channel talked to Doug about the trip.

October 1, 2016: Despite the forecast for rain we took the Maxwell to the Bridgehampton Road Rally (south fork of Long Island). After all we have to get used to driving in foul weather. It is hard to tell from the picture, but the Maxwell is now sporting all new tires and tubes from Coker Tires. We are now trained mounting and unmounting Maxwell tires!

Note:  Later in the afternoon we installed the Klaxon horn, just like the one in grandpa’s photos.

September 30, 2016: After much though and discussion we decide we would set up a “GoFundMe” account to raise money towards our anticipated gas, oil and toll expenses.

September 29, 2016: The Klaxon Horn Doug found works and we attached it to the bracket so it is ready to mount on the running board and look just like the one on the original Maxwell. Also the rear end has been inspected and re-lubed as well as new shims on the rear axles. Working on the installation of the new tires / tubes.

September 18, 2016: We took the Maxwell to the Hallockville Car show on Long Island.  Lots of conversations about the trip as well as support from the visitors. Here mom (CW Tuthill’s daughter) the twins show off the Maxwell.

September 3,2016: We trailered the Maxwell to it’s first car show in Peconic, Long Island. Told our story to many folks and had a terrific afternoon.

August 31, 2016: We presented the story of this trip by CW Tuthill and PG Scull to the Model A Club of Long Island tonight. It was a fun evening and we got a lot of comments, suggestions, and support. Thanks folks!

August 28, 2016:  We have put our shirts on Ebay for those interested in helping us fund this celebration of history.  Use this link to get to the Ebay page.

August 27, 2016: If you look on Amazon you will find that there is a Texaco collectible bank recognizing this moment in history. It even shows the price of the Maxwell, only $595!  (in 1916 of course).

August 17, 2016: Texaco told us they were not interested in being a sponsor.  We thought there was a good chance they would be interested because in 1991, their publication thought CW Tuthill and PG Scull were part of the Texaco Legend

Although we are disappointed, this won’t stop us and now we can use non Texaco gas.  I see a photo opportunity at a Mobile gas station in the future. ha!

July 29th, 2016: Coker Tires delivered on the tires and tubes (still need to be mounted).  Thanks Coker!! 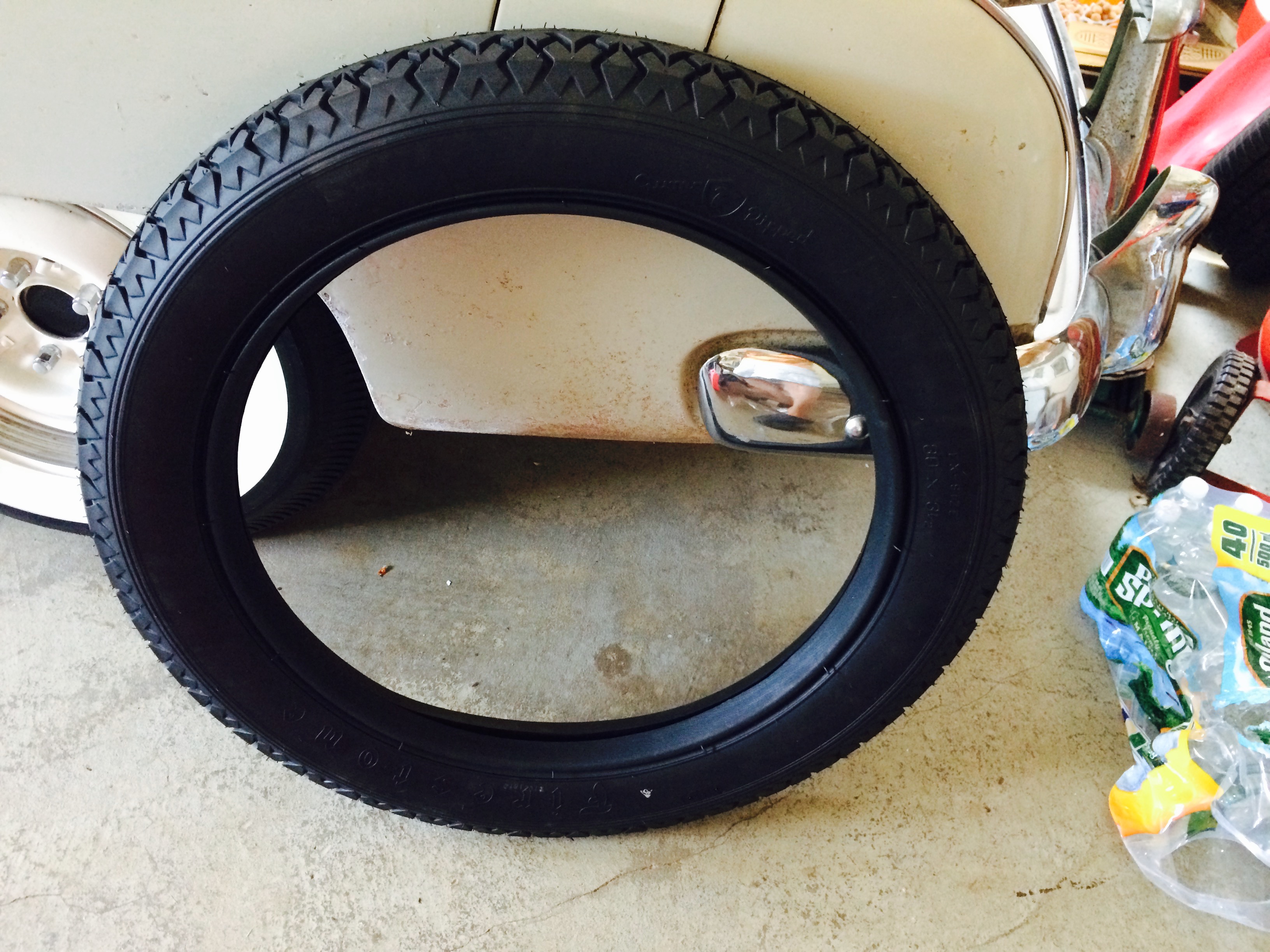 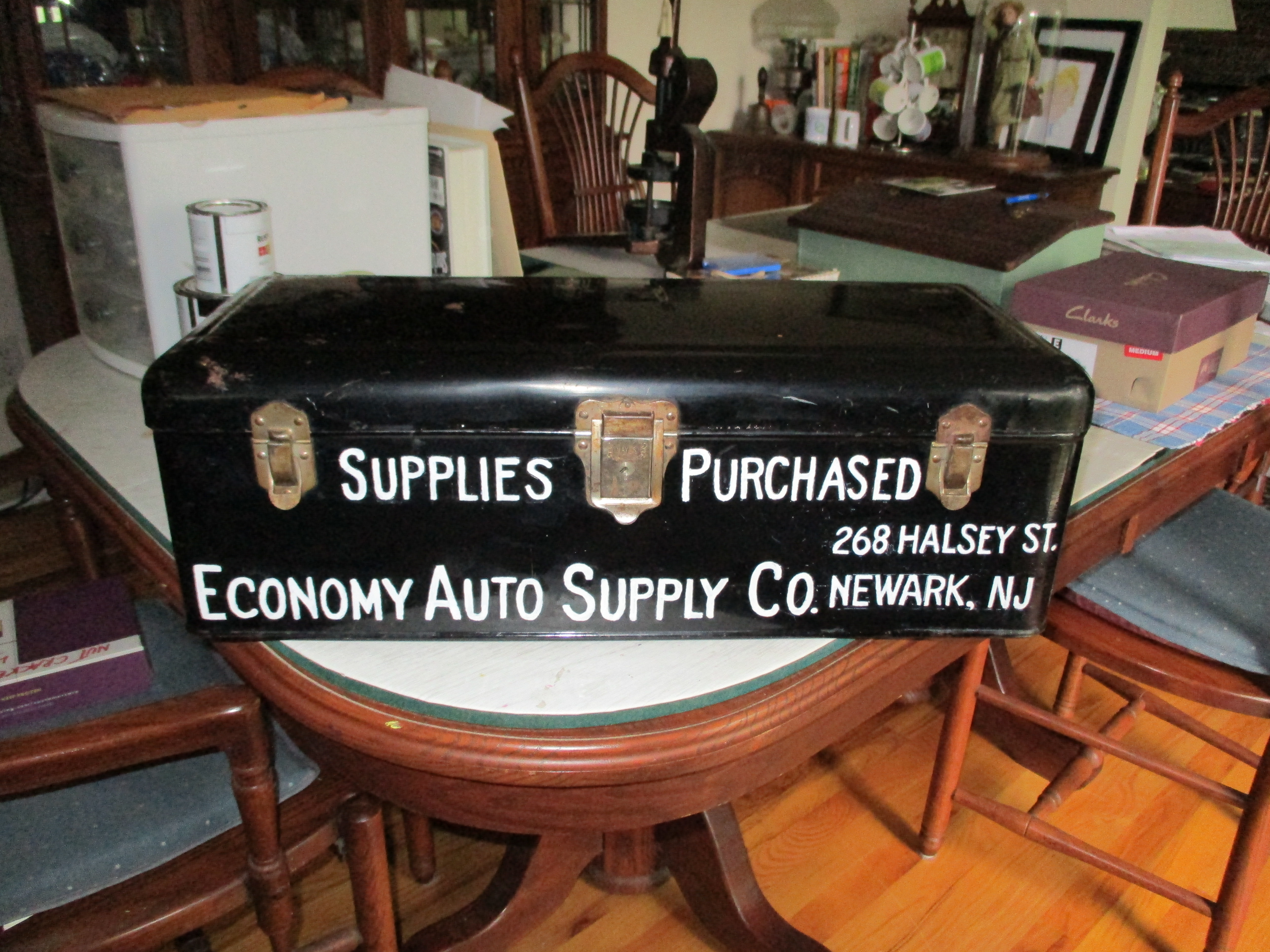