To celebrate the accomplishment of C.W. Tuthill and P.G. Scull, there is an effort underway by Doug,  C.W. Tuthill’s grandson, to retrace this trip again in a 1917 Maxwell on the 100 year anniversary.

The desire is to retrace the trip and visit as many towns, cities and landmarks that were visited 100 years ago.  Using the C.W. Tuthill diary as a guide an itinerary is being planned.   C.W Tuthill mentions 36 cities or landmarks in his diary. The interesting part is to see how businesses, streets, towns have grown and changed. By reaching out to the local town municipalities we hope they can help identify landmarks mentioned in the diary.

First a worthy Maxwell had to be found for this trip. This search started back in 2008.  Using the power of the internet, the search began. The goal was to find one that  would not need a lot of restoration. 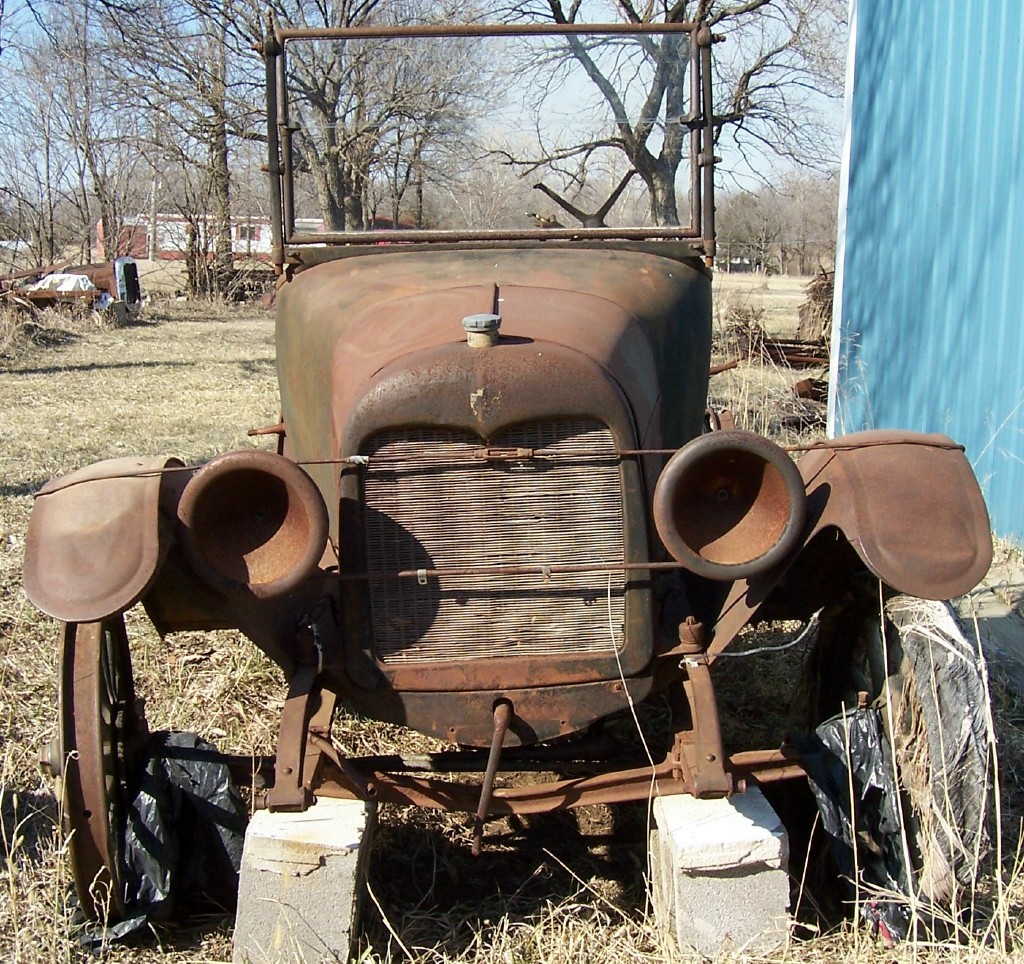 Obviously this one required more restoration than desired, although it might be valuable to some spare wheels.

Another was found but needed even more tender loving care. 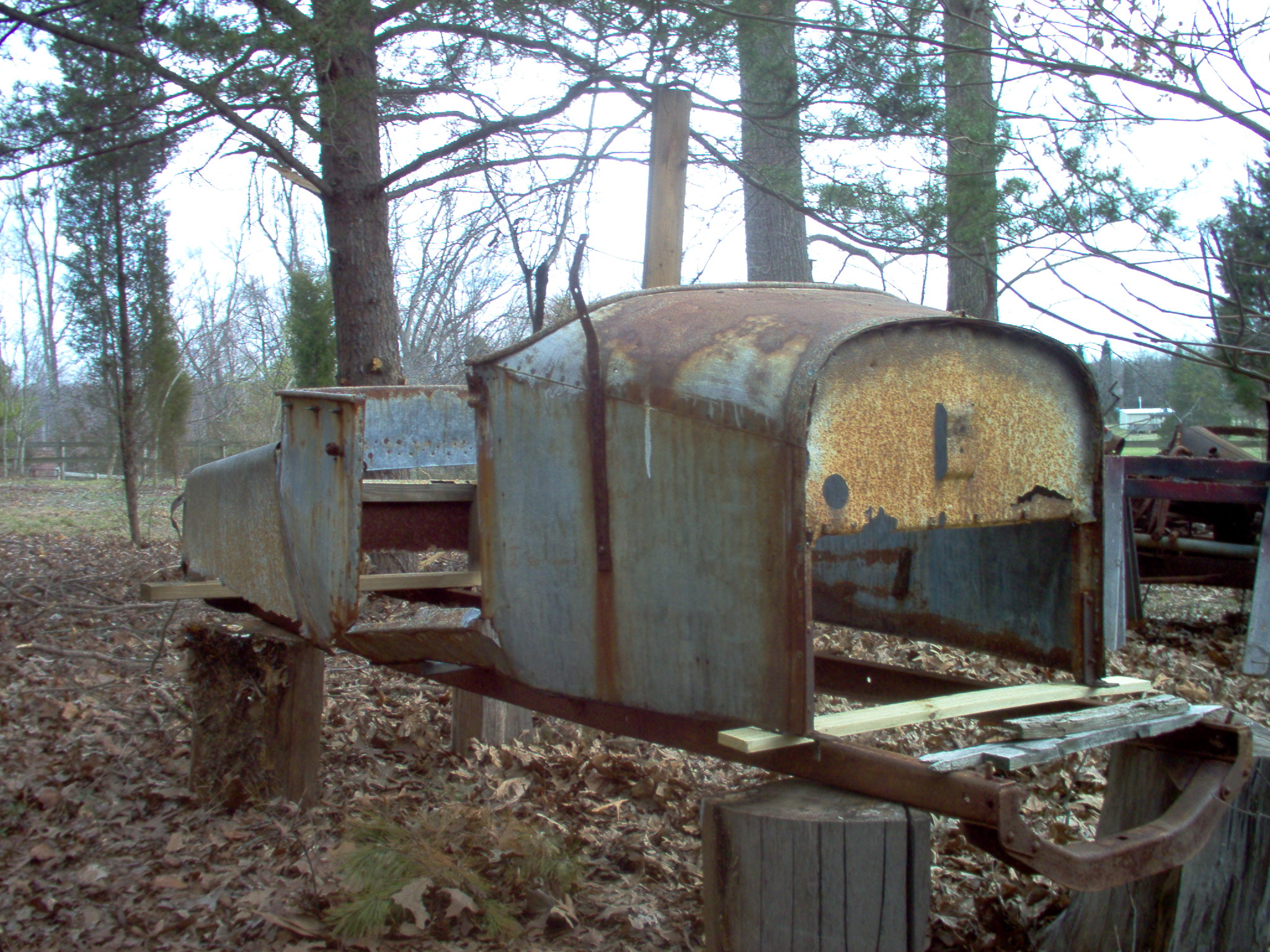 A much better option was found in Arkansas. 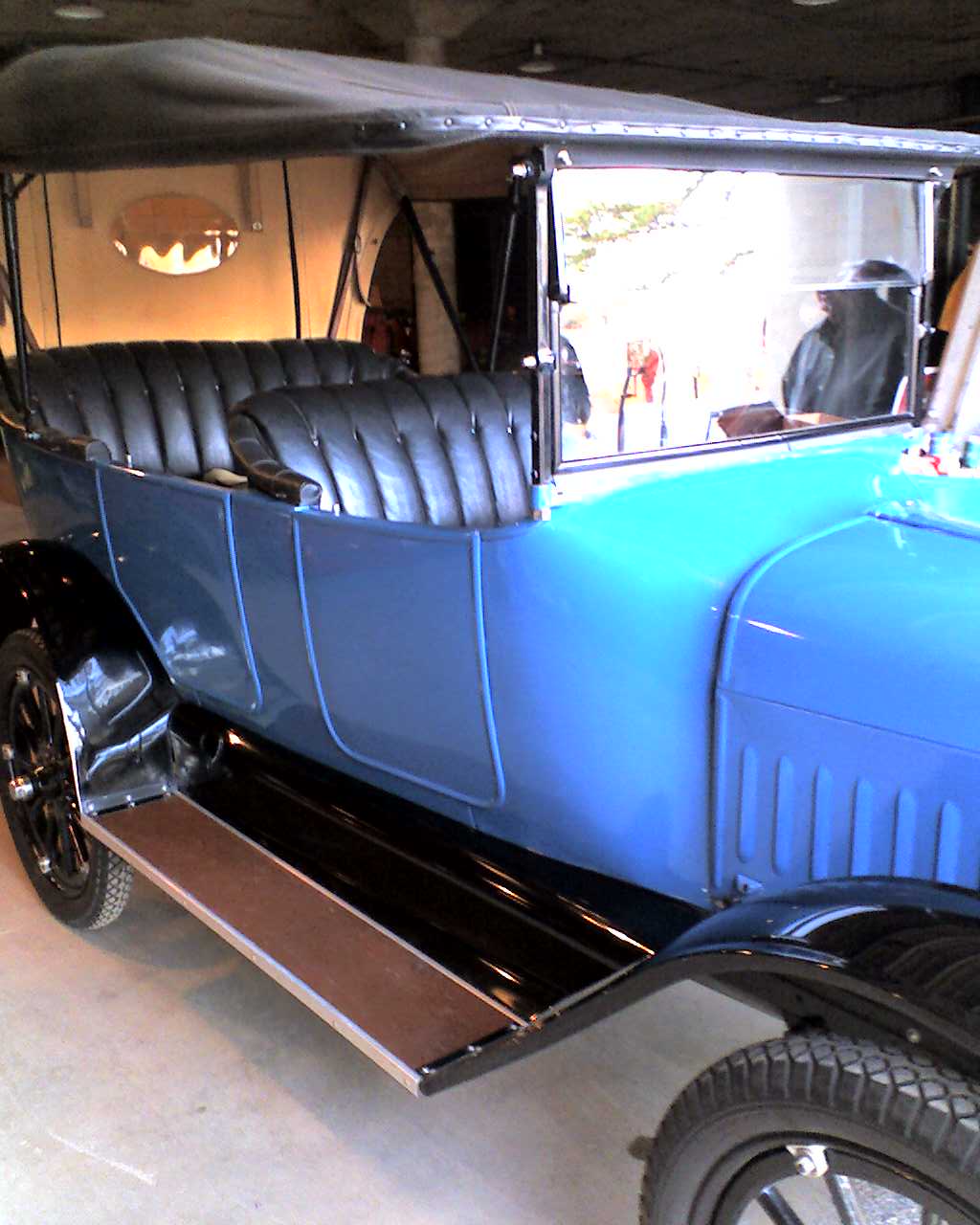 Unfortunately the price was not close to the target price.  So the search continued….

Later in 2008 the right Maxwell was found in Wisconsin for this adventure. 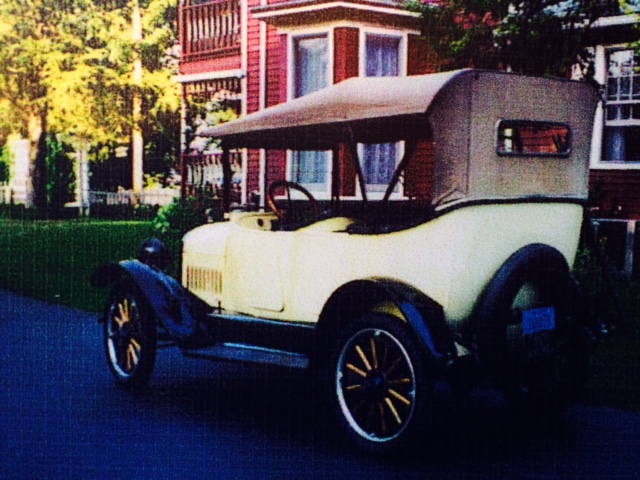 It was trailer’d to its new home probably not knowing what adventure lies ahead for it. 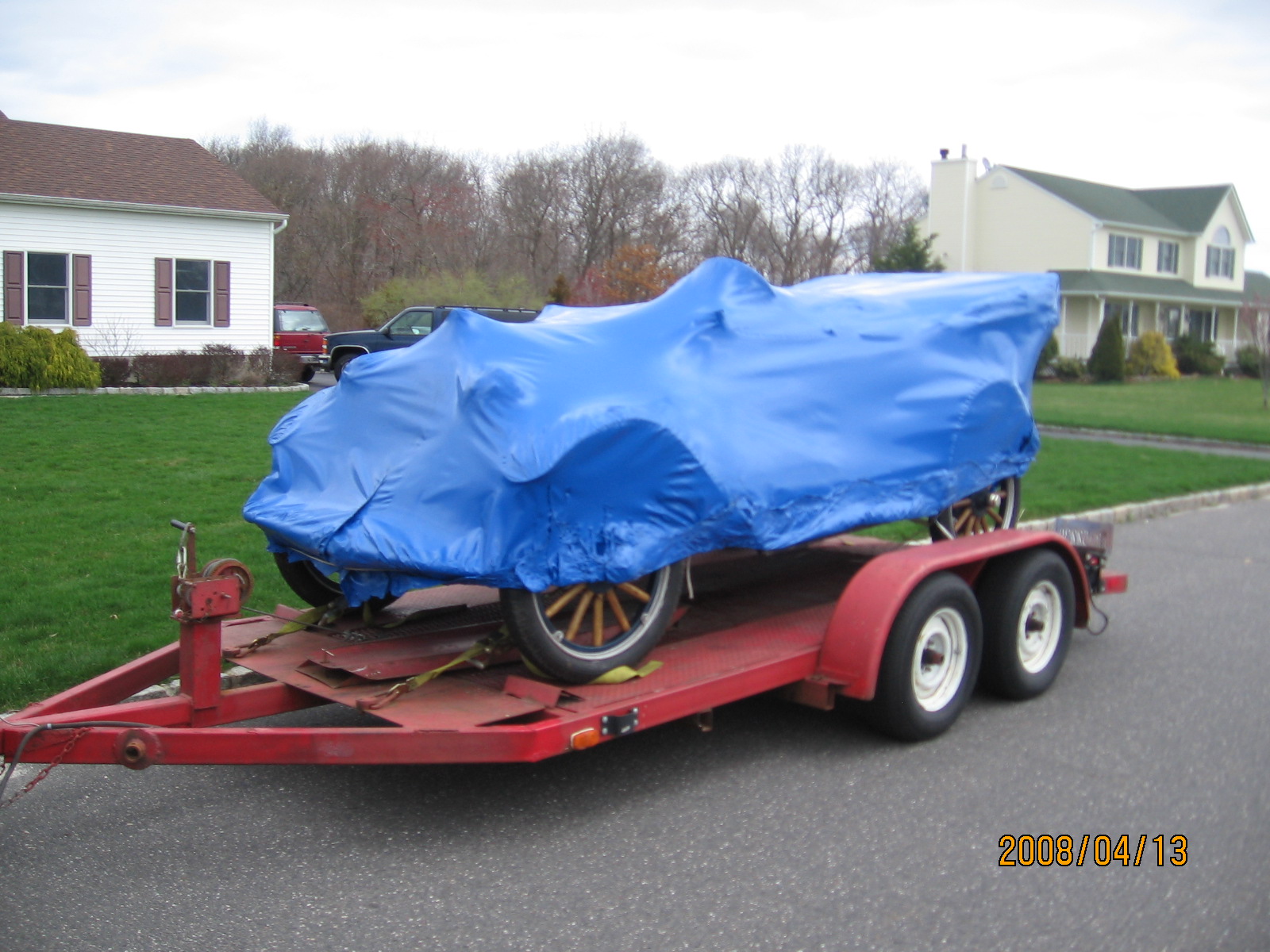 Although it was in running condition, the decision was made to have the engine checked out and restored for the transcontinental voyage. Tony at TNT Engineering is going to check out and rebuild the engine .

In addition the brakes, suspension and steering will be inspected and repaired for safety while trying to keep it as original as possible.

Since all Maxwells were black in 1917, the plan is to paint this Maxwell black.  The klaxon horn and tool box will be added so it looks just like the original car. The same signage indicating the sponsors in 1916 will also be added.

We anticipate that the restored Maxwell will have a max speed of 45 miles per hour but we plan on a slower rate. In 1916 the trip took 15 days including delays for gas. The objective is to recreate this trip in less than that (since we will not have to wait for gas / oil deliveries).

There will be a chase car with trailer should there be an emergency and will also be used to bring the Maxwell back on the trailer for the return trip.

The month is coming to a close and work on the Maxwell has started. While the engine is being rebuilt, the rear fenders were removed and we started to wet sand the body to get it ready for painting. Visit the Maxwell Chronicles for a couple of videos of that work.

We also have a second engine that we would like to get running. 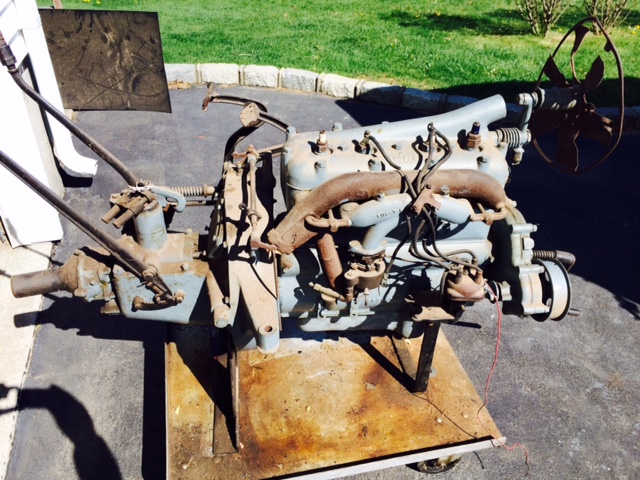 The kids help lift the engine up and load it on the truck to take it to Jays to have him check it out. 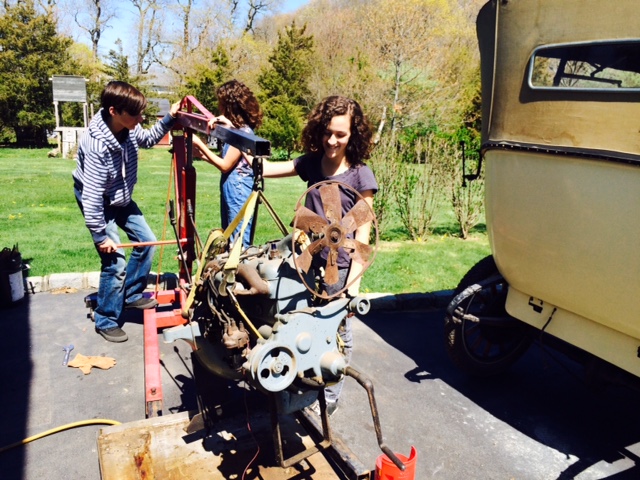 It was interesting to find on the transmission plate, Howard E. Darby engraved his name, address and date (April 1921). See the video on Maxwell Chronicles. A quick internet search on Howard and we found he worked at the Cincinnati Bickford Tool Company and had a patent on a transmission shifter.

Additional information about this reenactment will continue on the the Maxwell Chronicles page.  Please visit that page to read more about this continuing story.